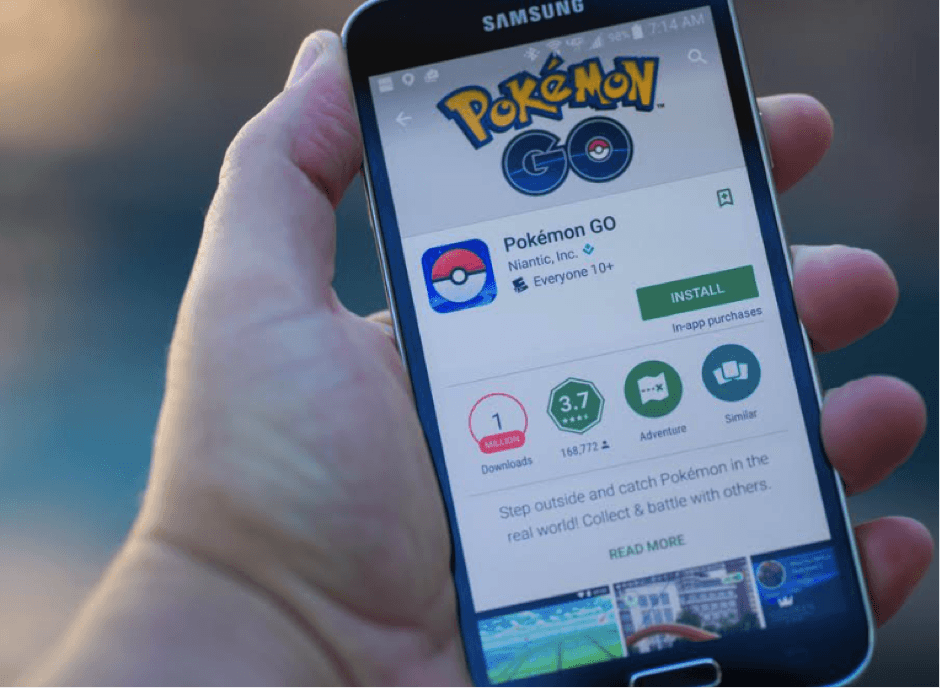 As a child I would have all the Barbie dolls, Polly pockets and stuffed animals but I would never play with them. I dressed them up everyday and would have them sit there to look pretty. I did just about the same thing with Pokémon cards.  I would have booklets full of them which I would organize and every so often trade the ugly ones for the pretty ones but I never did much of “battle” with anyone.  Now it's 2016 and social media is at the top of its game, Facebook is coming back, and so is Pokémon!

Now, I admit that I am on my phone a lot, either posting on social media or just staying up to date with my friends. My younger brother and I have always been pretty close but never has he asked me or my mom to go on a walk with him around town. My Mom at the time was so excited as 16-year-old boys don’t really want to much to do with their Mom’s. So away we all went and my brother was taking the weirdest paths; in the grass, around bushes, and at the time me and my mom had no idea what Pokémon was. As my brother was just staring at his phone the whole time it definitely got a little suspicious that there must have been a reason other than to spend time with us for this walk. Come to find out, he was Pokémon Going!

Having gotten Pokémon Go myself to check out if there’s any around my home or at TWIN, I’ve researched how some businesses can use this as their advantage and there’s been some interesting stories that people have done using Pokémon Go to promote their ideas and businesses. As a matter of fact, it is not a bad idea at all. As Pokémon Go users make their way to different towns in search of Pokémon, it creates a massive opportunity for small businesses, local stores, restaurants, etc. Below are a few examples of how business can use Pokémon Go to their advantage!

The speed at which Pokémon GO has spread is unbelievable. Less than a week after its launch, this “geocaching” style game has been installed on twice as many phones as Tinder, and has been used by twice as many people than those who use Snapchat. Who would have thought Pokémon could help your business sore?

Take a few moments to tell us how you'd like our help improving your business.

We'll gather some info and get back to you with a tailor made solution in about 48 hours.

Sit back and reap the benefits of choosing the area's hottest full service agency. Twin... in case it wasn't so obvious.

Find Out More
Copyright © 2023 - Twin Advertising
Contact Us
Call Us